Special Features
-Two Cuts of the Film
-Both Remastered Version and the Extended Original Version
-English Captions for the Deaf and Hard of Hearing
-Original Trailer
-BONUS DISC: The Schneider Tapes – Four Full Lectures by Phil Schneider
-Trailers for Other Massacre Video Releases

In the mid-nineties, Philip Schneider toured the country giving lectures on UFO and Alien phenomena, including an account of his own experience at the infamous Dulce Base in New Mexico. On January 17th, 1996, he was found dead in his apartment. The events leading up to this moment may have you questioning not only how Philip died, but the reality of life on this planet and the universe around us.

Massacre Video is privileged to present Beyond The Spectrum – The Underground by documentarian Darcy Weir along with four full lectures from the late Philip Schneider. 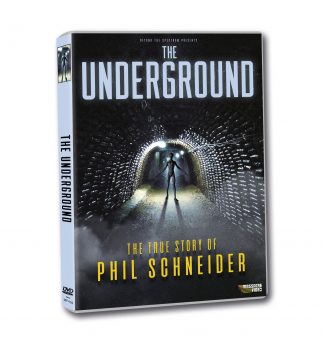